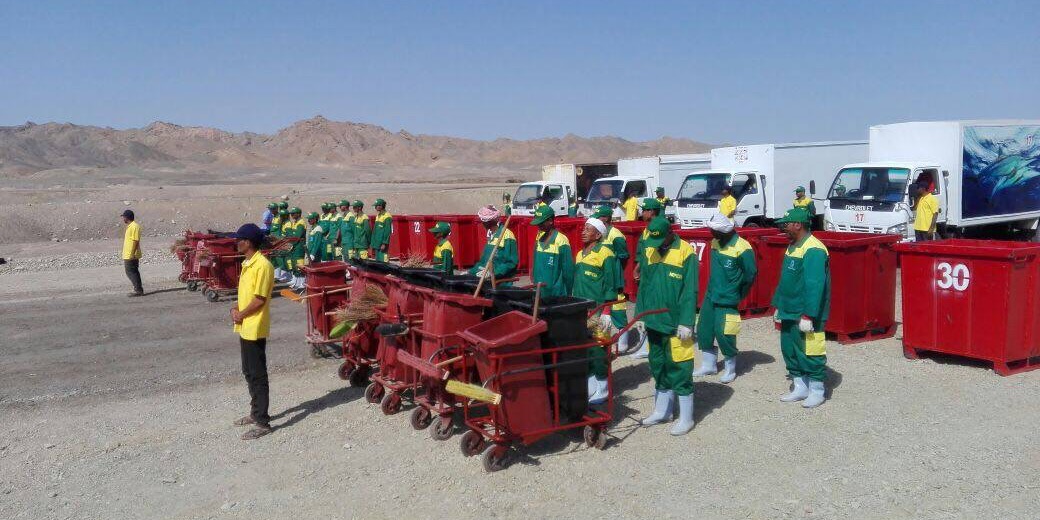 HEPCA renews Solid Waste Management contract to Marsa Alam and the Southern Red Sea. HEPCA embarked into the field of Solid Waste Management in Marsa Alam in 2007 by establishing the first recycling plant at the industrial zone in Marsa Alam city, collecting waste from 18 hotels & resorts covering the area between Port Ghalib at the north and Wadi El Gemal at the south with a collection capacity of 80 to 100 tons per day. Very soon the waste collection scheme has increased to cover 35 facilities with a capacity of 150 to 200 tons per day In August 2009, a protocol was signed between the Red Sea Governorate and HEPCA; this protocol consigned the responsibility of Solid Waste Management in the Marsa Alam City to HEPCA; with no financial burden on the government as hepca provide the service free of charge and supported by the local resorts and touristic facilities HEPCA has always put into accounts the social dimension of the population of the southern Red Sea especially in light of the deterioration of natural pastures resulting from the lack of rainfall, which had a negative impact on livestock of the region's population of Abbabda tribes who depend on them as their main source of livelihood HEPCA has been the transfer of organic wastes directly and free of charge to their areas, which resulted in the growth of the livestock to those tribes as the number of families benefiting directly from this service to about 80 families. While the solid waste is taken to the recycling plant for segregation & more phases of recycling HEPCA signed a contract with the Red Sea Governorate to continue the Soild Waste Management for Marsa Alam. Our development management plan includes an extension of the coverage area and include Hamate and the southern villages to our daily service route 15th September - Shark Week for Environmental Researchers by HEPCA and the Financial Sustainability of protected areas project (EEAA- UNDP-GEF) As part of the protocol between HEPCA and the Financial Sustainability of protected areas project (EEAA- UNDP-GEF), a Shark week (field training trip) has launched this morning for a group of environmental researchers from the Red Sea and Gulf of Aqaba national parks. HEPCA invited the international expert Mr. Gerhard Wegner - president of Shark Project organization and 2 of his team Ms. Barbara Szvetits & Ms. Brigitta Uitz to carry out the training. The training program aims to provide researchers with the following skills: -Sharks Monitoring methods. -Sharks behavior & The factors Impacting the behavior . -Proper management of shark attacks incidents. -Code of conduct to encounter sharks by divers & snorkelers. This training is part of the joint goal of HEPCA and the Ministry of Environment to increase the capabilities of environmental researchers in the red sea & Gulf of Aqaba national parks , which ultimately contribute to the conservation of the unique natural resources of the Red Sea.