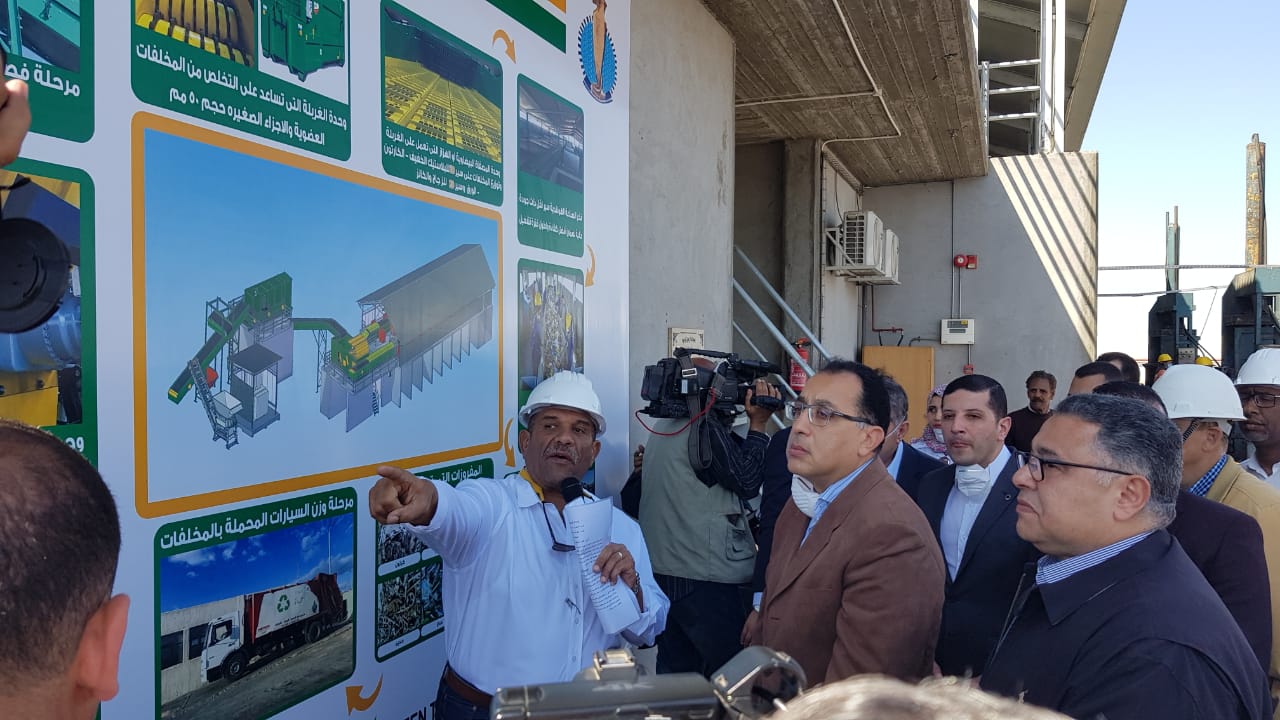 Honored to welcome Dr. Mostafa Madbouly - Prime Minister in his tour for the first Solid Waste Management Plant built in Hurghada, accompanied by Khaled El-Anany, the minister of tourism and antiquities, Hisham Tawfiq, the minister of public enterprise, the Governor of the Red Sea Amr Hanafi, and key officials.

Managing Director of HEPCA – Hesham Mostafa Kamel gave a brief about the operating cycle of the plant, then went on a tour to inspect the plant that is built on 22,500 square meters with a daily production capacity of up to 400 tons, operated by 500 employee, and built with state-of-the-art technologies brought in from Germany and the Netherlands to dispose garbage after recycling solid waste.

Madbouly praised the role of HEPCA in serving the community with this plant that will be owned to the Red Sea governorate afterwards, highlighting the important role played by NGOs to serve society, and at the same time optimize the use of waste and preserve the environment.