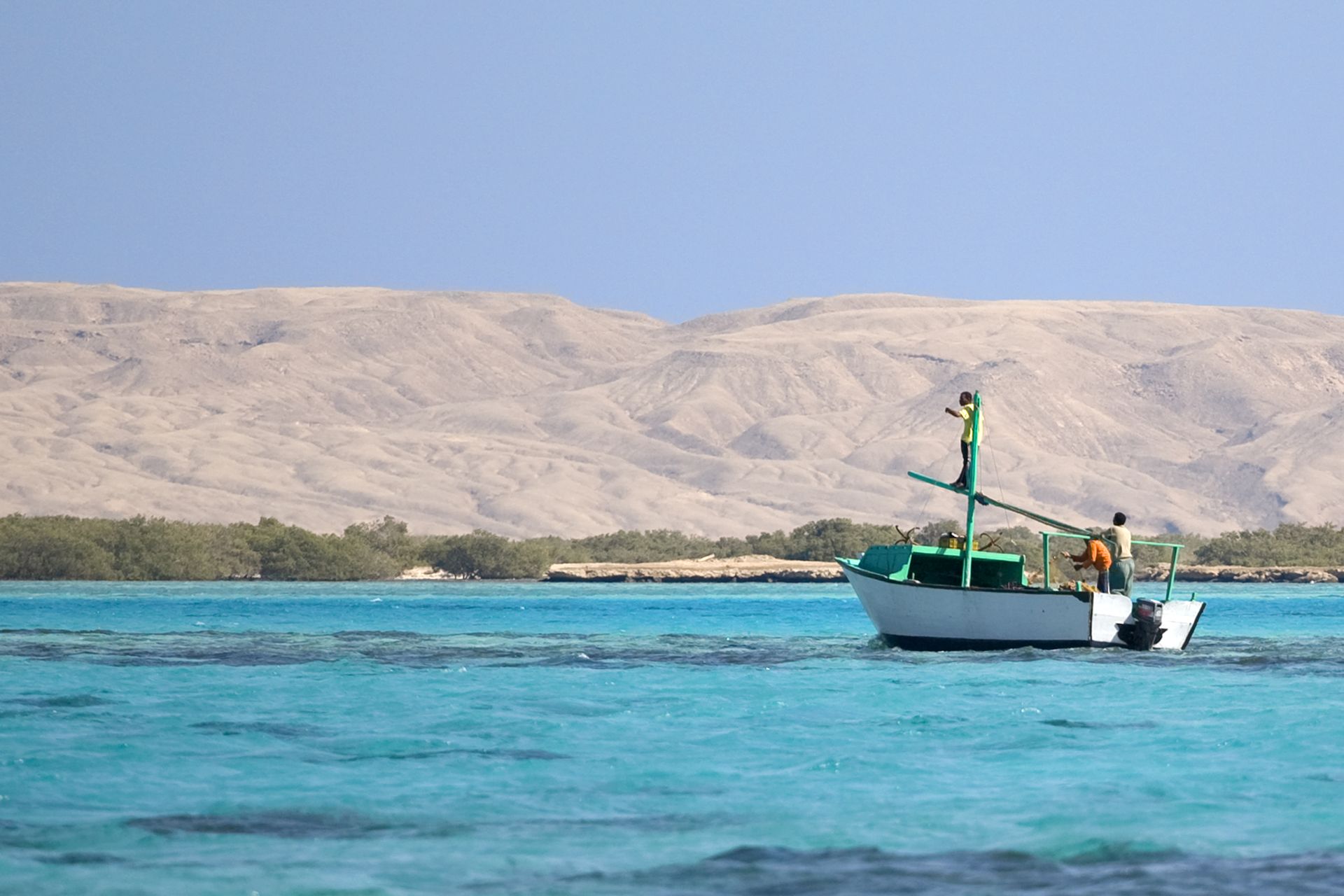 Fish stock, as a shared resource, can pose a dilemma depending on which position one advocates. On one side, the fishermen rely on fish to earn a living and also it provides nutritional value to the people. On the other side, over-fishing can deplete the underwater diversity of which sea tourism depends on for the community's sustainable livelihoods throughout the region. Both perspectives are valid; yet, they are debated here on the Red Sea to no avail. Without proper intervention, both positions will lose.

Fish stock, as a shared resource, can pose a dilemma depending on which position one advocates. On one side, the fishermen rely on fish to earn a living and also it provides nutritional value to the people. On the other side, over-fishing can deplete the underwater diversity of which sea tourism depends on for the community's sustainable livelihoods throughout the region. Both perspectives are valid; yet, they are debated here on the Red Sea to no avail. Without proper intervention, both positions will lose.

HEPCA's stance is for neither side but strives for a strategic and sustainable meshing of both for economic growth and environmental protection. For this very reason, formal regulation is sought in which both sides can flourish but without legal enforcement the task is arduous.

The Red Sea, despite being one of the poorest fishing grounds in the region, is not exempt from overfishing and fishery-related issues.

The lack of rainwater, rivers and floods make for a poor fish habitat. Fish stocks are almost wholly dependent on the delicate reef ecosystems that delight four million tourists in the Red Sea each year. By forcibly removing the fish, by overfishing their spawning ground, by destroying reefs and sea beds with nets, we are also condemning marine pelagic and coastal ecosystems of the Red Sea to certain death.

An average of 20,000 tons of fish is caught each year, far surpassing the recommended sustainable limit of between 900 and 1,500 tons.

Moreover, according to statistics, the fish catch from the area of the Gulf of Aqaba, and from Hurghada to the deep-south, represents less than 2% of the national catch.  In time, the Red Sea would resemble nothing more than an ugly, empty lake, and all this for just a 2% catch.

The General Authority for Fish Resources Development (GAFRD) is the state agency responsible for the management of Egyptian fisheries. Laws and regulations do exist, some of them ratified more than 20 years ago; but, the lack in enforcement is a major cause of the unsustainable stock depletion we face today.

In attempts to bring resolution to the issue of overfishing, HEPCA joined in 2008 with the CDWS and SSDM in an initiative declaring the Red Sea a NO CATCH ZONE. The National Authority of Fisheries issued a decree to ban all fishing in the Egyptian Red Sea for a period of three months concurrent with the spawning seasons. Sadly, this decree was not observed and exceptions were taken to allow fishing in parts of the Red Sea.

Subsequently, a fundamental meeting took place in Sharm El Sheik with three Governors from the Red Sea, Suez and Sinai and three Ministers from Agriculture and Land Reclamation, Tourism and Environmental Affairs gathered together to discuss the multifaceted issue.

Most of these conservation recommendations were reasserted and organized in the so called "Hurghada Declaration," signed in June 2009. This declaration of principles, whilst not bearing the weight of law, states:

a)      Create a plan for the use of marine areas to ensure that different activities would not compete for natural resources and enhance a sustainable use of these resources.

b)      Promote timely remedies for the negative impacts that activities imposed upon the Red Sea, especially on fish stocks and sensitive marine habitats such as coral reefs. Moreover, intervention to rehabilitate coral reefs was encouraged.

c)      Create a plan to ensure the proper organization of fishing activities in the Red Sea, supporting those working in this field and qualifying those wanting to work in other fields to eventually alleviate impacts.

The Declaration was signed by HEPCA in cooperation with the Red Sea, South Sinai, and the Suez Governorates, along with the Ministries of Agriculture and Environment.

Key interventions on the fishing operations would include the ban of all net-fishing and trawling in the water of the Egyptian Red Sea from the Gulf of Aqaba to the border with Sudan, a region of marine waters where only sustainable artisanal technique is allowed. Spawning grounds were identified as ‘NO TAKE ZONES.’ Simply, the "Declaration" seeks to fully protect from commercial, recreational and traditional fisheries.

Still awaiting legislation, HEPCA believes and continues to lobby for the implementation of this vision and looks with trepidation at fishery-related issues with grave concern, if not appropriately managed, threaten all marine ecosystems, living of local communities and prosperity of the tourism industry in Egypt.

Aside from lobbying and within its capabilities, HEPCA augments its concern for all the Red Sea coastal communities from whatever resources that may be available. At the onset of 2015, HEPCA relinquished its portion of the Samadai proceeds that was designated for the maintenance of the mooring system and redirected the funds toward the sustenance of families of fisherman during the spawning season when fishing is banned.

As well, HEPCA created a reference, known as Code Red, of marine practices and behaviors to bring awareness of the human-induced threats to the Red Sea which includes that of overfishing that targets not only the marine community but the great number of tourists that visit the Red Sea yearly. The care for the Red Sea is not solely dependent on laws but practical and sound knowledge as the condition of the environment is everyone's responsibility.

HEPCA advocates for common sense as there is enough fish in the sea as long as the demand on this resource is controlled and monitored. The aim is and always will be the balance to sustain its natural resources for all the coastal communities to live in prosperity.

BUT, without the proper enforcement in place for such initiatives as that of the Hurghada Declaration, we are likely to face the inevitable.

Do's and Don’ts of fishing in the Egyptian Red Sea, according to the present legal framework:

The community is invited to report any violation to HEPCA. 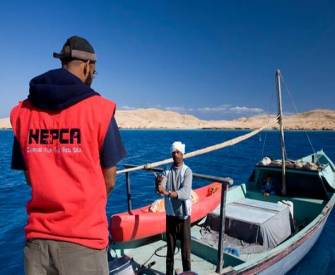