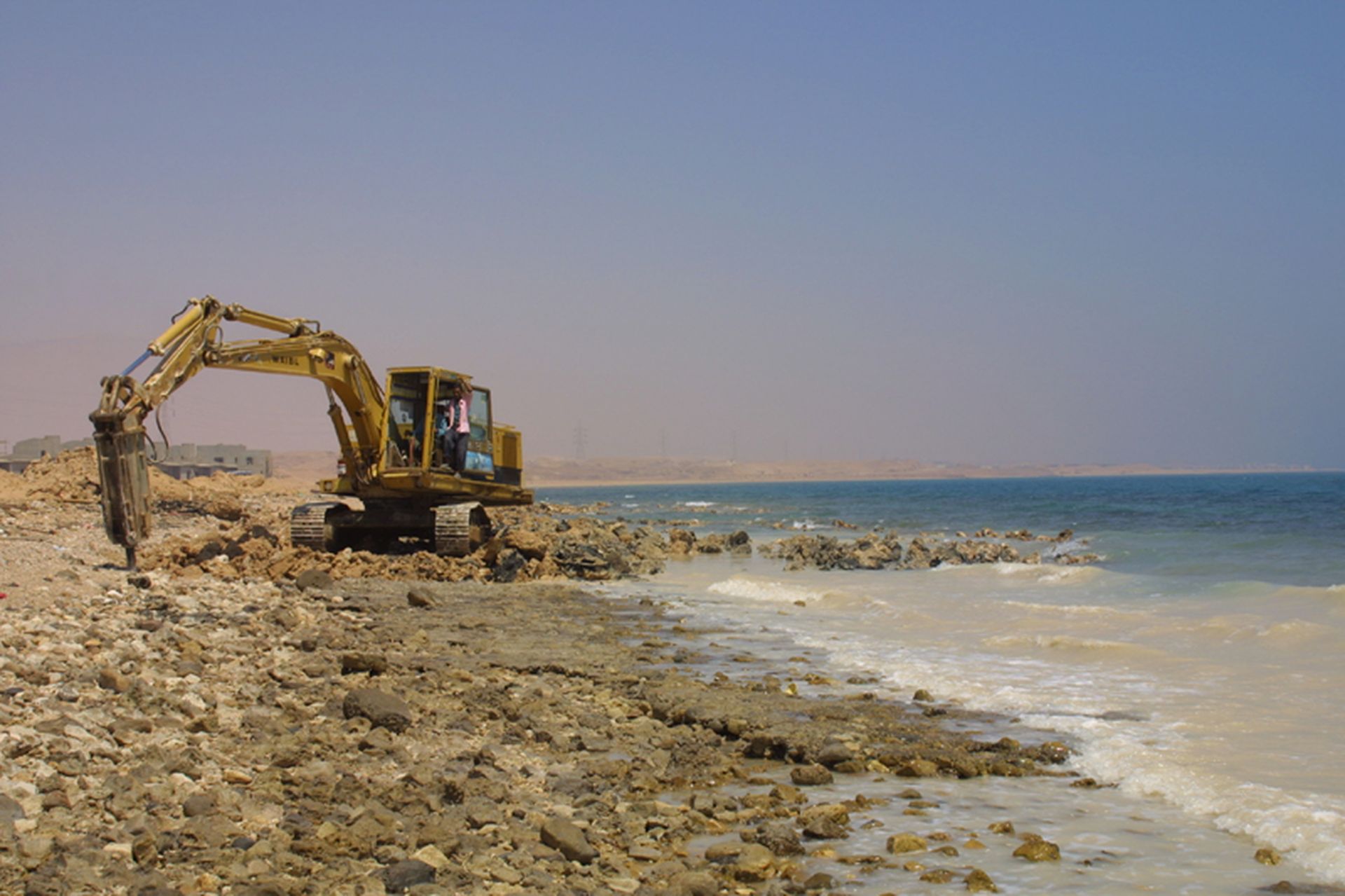 In 2008, the Egyptian Electricity Holding Company (EEHC) planned to construct a gas-fired combined-cycle power plant in Nuweiba to meet the national electricity demand. Even though the environmental, cultural and historical value of this site is huge, the EEHC ignorantly proposed the construction of a 105,000m2 plant.

In 2008, the Egyptian Electricity Holding Company (EEHC) planned to construct a gas-fired combined-cycle power plant in Nuweiba to meet the national electricity demand. Even though the environmental, cultural and historical value of this site is huge, the EEHC ignorantly proposed the construction of a 105,000m2 plant.

Nuweiba, situated on a large flood plain sandwiched between the Sinai Mountains and the Gulf of Aqaba, is one of the most picturesque parts of the whole southern Sinai Peninsula. As well, Nuweiba has an incredibly unique, relatively, undisturbed underwater marine life. Its spectacular coastline hosts unexplored creeks with the mountains as its backdrop makes it a breathtaking place.

Rooted in advocacy, HEPCA is adamant to ensure any project undertaken in Egypt is directed towards the support and enhancement of the livelihood of its own people and that of environmental sustainability.

"The amount of water discharged into the Red Sea, plus the impact of building on the coast is criminal, given that the entire place is promoted as "an eco-destination," said HEPCA’s Managing Director, Amr Ali.

According to some rumors, the investors had already received the approval. The NGO Hemaya, along with the community stood against the plant in a blazing protest. Moreover, an online petition “Stop the Destruction of Nuweiba and its Coral Reefs!” was published and signed by more than 2000 persons proclaiming, “If such a plant proceeds, it will have a disastrous effect on the local tourism industry, on the local Bedouin population and, above all, on the local environment.”

Such a power plant, of this magnitude, would cause the eventual demise of the local tourist industry and subsequently the closure of hotels, dive centers and other tourist service providers in the area. The result in the loss of jobs for many in the tourism industry and loss of livelihood for the various local businesses that supply products and services to the tourism industry in Nuweiba would be economic wreckage. Tourism is a major source of income for local Bedouin tribes so the effects on the loss of this industry are simply unimaginable.

HEPCA, at that time, assumed a critical stance and brought experts to assess the executive summary of the plan.  A few open questions and weaknesses were brought to the forefront which highlighted many pitfalls the Nuweiba backers neglected, in regard to air and noise pollution, soils, geology, flora and fauna, solid waste management, and occupational health and safety, just to name a few.

Many consistencies emerged in the executive report but one vital took great concern and that was the lack of a clear designation of the location on which the plant was to be built. Misleading information and documentation had many questioning the integrity of the project.

The fact that the Gulf of Aqaba is protected under the law of natural protectorates was alarmingly not considered as one of the legal aspects to reject the project .

Legitimate doubts and issues overshadowed the plans for the dubious plant. In the beginning of September 2009, all environmental related objections determined a delay.  The community would not accept vague answers to their concerns, and the EEAA, which without such an outcry on the project, would have approved it if completely uncontested.

According to Sherif el-Ghamrawy, owner of a local eco-lodge declared civil activism was born in Egypt. He continued, "… what we took most from this campaign was how the whole community came together, including the two Bedouin tribes inhabiting the area, who have, between them, a history of feuds"

Once again, the power of united people spoke. As spoken … As so it was.