The primary economic activity of Bedouins is animal husbandry by natural graze and shepherding of sheep, goats, and camels. Years of the draught have been extremely arduous for the locals of the region as the lack of water and food for their livestock was almost non-existent.

Additionally, as a result of the overfishing in the Red Sea and the restrictions on fishing due to the spawning season has displaced many Bedouins who are traditionally fishermen in making an income.

Community initiatives to encourage sustainability amongst local Bedouins have been some of HEPCA's most important achievements. HEPCA is clear in this objective that it would be critically amiss if money and resources are spent on scientific research when the local population living within the region lacks the basic human needs of food, water, shelter, and clothing.  HEPCA's resolve in regard to the community has resulted in a wide range of programs to supplement, where appropriate, resources for the disadvantaged sector of the community especially the Bedouins.

HEPCA's Solid Waste Management Project established an organic waste initiative that diverts the segregated organic waste to the Bedouins for livestock feed. Up to 40% of the solid waste collected in the south is organic waste and thankfully is not disposed as waste but used as sustenance.

To further remedy the lack of resources that the Bedouins faced, HEPCA's Hafafit Wells Project provided the digging up of 30 wells that are pumped by solar energy as a source of clean water in deep southern region of the Red Sea.

Additional interventions include the building of over 25 eco-homes and developing schools.

It is a long-term goal of HEPCA to support and create more projects for the local Bedouins and to integrate them into the tourism industry as a means of income for the livelihood of the local tribes, while allowing them to continue living with their traditional customs.

The Solid Waste Management strategy of the Red Sea and the expanding Mooring system serves a role in creating income and employment for the local community.

Moreover, through HEPCA's educational initiatives within the tourism industry, many Bedouins work as tour guides and hosts, promoting their culture and way of life. Others who were impacted by the restrictions on fishing acquired new skills as boat captains, skippers, or part of a crew. 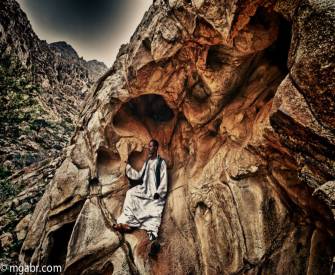