The story of Samadai reveals the core mission at HEPCA: to assess the conflicting factors that exists within an environment and bridges the issues into a workable plan for sustainability. Sha’ab Samadai, an area just off the coast in the southern region of the Red Sea, is truly a unique site. It is a preferred resting area for spinner dolphins and consequently became a popular tourist destination in the last decade. The steps that brought about its successful management and conservation are promising examples that ecosystems and wildlife can be effectively protected before it is too late.

The three main sites of Samadai offer various possibilities to all sorts of divers who can enjoy the cave system, eel garden, a sea grass bed and the biodiversity of the pinnacles.  The eventful passage of big pelagic animals, including barracudas, manta, sharks, and dolphins and the presence of micro fauna, soft corals, hard corals and reef fish makes Samadai not only a fantastic experience for divers but as well for snorkelers as one of the most interesting and variegated destinations in the area.

The site is often referred to as ‘Dolphin House’, a reference to the fact that it is a habitat for spinner dolphins (Stenella longirostris), a species found worldwide at tropical and subtropical latitudes, which is known to actively travel and feed in open waters at night and to rest in shallow lagoons and bays during the daytime. Sha’ab Samadai is one of the few sites in the Egyptian Red Sea that fits the criteria of an ideal resting area. This reef is oriented east-to-west, forming a natural lagoon open to the south, sheltered from the prevailing northerly winds, has a shallow, sandy bottom and is protected from the waves.

By taking advantage that the site is quiet and contains neither predators nor major threats, the animals can relax and recover from their nocturnal activities and mothers lower their guard and allow their calves to swim freely. The hours spent in the resting area are crucial for spinner dolphins since social interactions and mating also take place.

In this controlled environment, dolphin's innate echolocation system- energetically consuming “sonar”- use to explore the surroundings, can be safely switched off: they rely only on eyesight and sleep alternatively with a portion of the brain.

If the ideal conditions are not met and the animals are unable to properly rest, detrimental consequences may affect the population (i.e. less efficiency in feeding, decreased ability to engage social contacts, higher risk of predation, all of which due to tiredness and slow reactions) leading to the population’s decline or displacement to other more suitable locations.

As the attraction of dolphins is upmost worldwide, the Red Sea was becoming a crown destination. By the early 2000's, Samadai was emerging as the centre of “dolphin frenzy” where hundreds of people journeyed to swim and play with the resident spinner dolphins. In a single day Samadai played host to up to 30 boats and 500-800 people -- certainly, an environmental travesty.

The challenge that exists at Samadai and still throughout the Red Sea is how to maintain the sustainability of a coral reef system with all its living inhabitants and yet be enjoyed by so many. Human activities can interfere with the wildlife up to an unsustainable point and this is the biggest paradox as one reason for the existence of sea tourism can be damaged and fade away due to that very activity.

To curtail the downward spiral at Samadai, immediate actions were taken over the next few years to protect this precious sanctuary and significant tourist site. HEPCA, as an NGO, and the EEAA signed an unprecedented agreement for the establishment of a new protected area, the Samadai Reef in 2001. The accord was unusual in nature as it was not commonplace for a NGO of the private sector to enter such an agreement.

Though, it did not stop there. Amidst the community’s urge to understand more about the site and protect this extraordinary resource from unsustainable practices, a series of interventions were established. In 2003, efforts from members of the community, local authorities and scientists from national and cross boundaries associations, were corroborated and enhanced by Giuseppe Notarbartolo di Sciara, renowned conservationist and cetologist, who supported a management scheme based on a precautionary principle geared towards mitigating the human impacts on the dolphins by regulating the access to the site. The objective was to find, for the very first time in Egyptian waters, the perfect balance between wildlife conservation and the tourist industry, a combination that has been proven to be successful elsewhere in the world.

With the cooperation of HEPCA, the EEAA, and the substantiate scientific reports by Dr Mahmoud Hanafy, the Red Sea Governorate issued an emergency decree October of 2003 to ban boats completely from Shab Samadai until a preservation plan was in place that would emphasize the following:

Zone A, B, C: Designated zones ensure the dolphins have a safe, exclusive and restricted area within the reef was formalized. A clear no-entry zone corresponding with the inner (quieter and more protected) lagoon, called Zone A, was established. Zone B was designed for swimmers and snorkelers only and is a strip of calm and safe waters where transit of speedboats is prohibited. Mooring, diving and other activities can take place in Zone C.

Visits limitation: In an attempt to reduce quantity and duration of human impact exposure, time limitations and maximum number of guests allowed in the reef daily were set. Guidelines and best practices were also initiated that includes for safety reason the obligatoryfor all snorkelers to wear a life jacket.

Entrance fee: In order to generate an income to be reinvested to ameliorate and maintain the site, an entrance fee was established and only visitors provided with tickets are allowed in the protected area.

With these initiatives in place, HEPCA's Red Sea Dolphin Project team established a Code of Conduct for the marine community and all visitors to Samadai to follow to protect our treasure trove. There are basic precautions based on understanding that whenever we have the chance to encounter wild animals in their habitat, WE are the guests.  Any interactions must be engaged by the animals, no pressure or onus to establish contact must be imposed.  To adhere to these regulations is the first and easiest step to reduce the adverse effect that human interactions might have on a school of dolphins.  Keep in mind that a schools’ sensitivity strictly depends on its composition: whenever mothers and calves are present, try to be even more precautionary and avoid any disturbance to them.

Following is the code of conduct for dolphin encounters.

They are way too fast: Paddle gently and quietly to intercept the route of the dolphins and then stop; wait for the animals to pass close and let them decide if and how an interaction will take place. Keep in mind that swimming hectically behind them and chasing the group will most likely make the animals speed up and disappear into the blue.

Let them lead: The dolphins might swim very close and start interacting with us. This is an enjoyable moment that would be ruined if we agitate the animals by free diving on the group, using uncontrolled movements in an attempt to get closer to them and creating sounds and noise (including splashes). These activities are generally not tolerated by the mammals and would result in the dolphins speeding up and the end of the interaction.

Enjoy: Interacting with a highly intelligent and curious creature such as dolphins is the dream of a life time. However, we should all keep in mind that these are wild. Never try to touch them as this could lead to the onset of skin infections-to you or the dolphins- for their safety you want these animals to remain wild and not habituated to humans. Dolphins are not pets; they deserve the same respect we use to treat with other wildlife.

Since 2013 with the decree from the Red Sea Governor to manage the marine protected area, HEPCA has drawn up an exhaustive plan for the promotion and implementation of a new vision to reaffirm and enhance the Samadai experience. In the usual hands-on manner, HEPCA executes a plan for Samadai with a scientific monitoring scheme, scheduled patrolling and a sustainable marketing plan that entails a maintenance cost of Le105 per person which allots money for the government and as well creates jobs for the community.  The exemplary model set forth in which other sustainable programs can follow: 40% to the city council of Marsa Alam, 30% to the National Parks of Egypt, and 30% to HEPCA toward the maintenance of the mooring system.

In a paramount move toward environmental sustainability, as of January 1, 2015, HEPCA relinquishes its portion of the Samadai proceeds that was initially designated for the maintenance of the mooring system to help another disadvantaged segment of the community. HEPCA still incurs all the responsibilities and costs of salaries and equipment for the mooring system that exists throughout the Red Sea but has now segregated funds to the Fisherman's Federation for the sustenance of families of fisherman during the spawning season when fishing is banned.

The Code of Conduct of Samadai has been transcended and an integral part of the Code Red reference for marine practices and behaviors as a pro-active commitment to the preservation and conservation of the Red Sea.

As close encounters with dolphins have boomed in the Egyptian Red Sea, certain sites are posing serious threats to the health of these wild populations. Sha’ab Samadai was saved in time and this case should inspire further precautionary conservation initiatives.

Support Code Red and select tour operators and their service providers that commit to marine practices and behaviors that sustain our environment long into the future.

Let sea tourism be part of the solution not the problem! 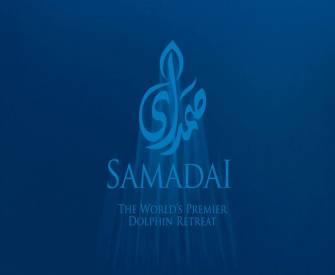