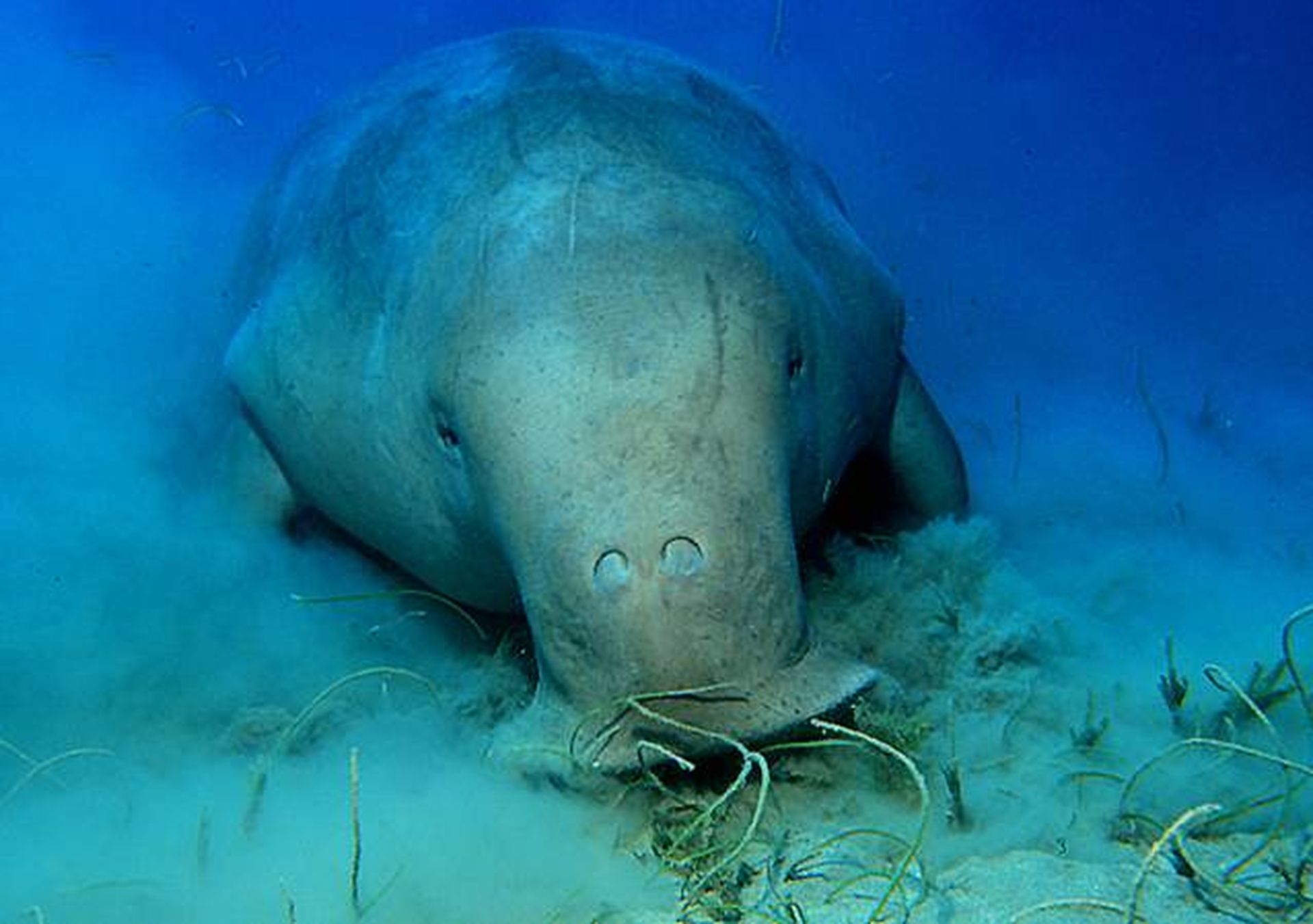 The name 'Dugong' comes from the Malay word 'duyong', which means "lady of the sea" or "mermaid". Quite a curious marine mammal, also known as “sea cow” and “sea camel,” is most distinctive because of its stocky appearance and herbivorous diet. Manatees, with three species and dugongs with one are marine mammals belonging to the scientific Order Sirenia. The four existing species have a great deal in common, ranging from their general anatomy, to ecology and to their feeding habits. However, they differ in the shape of the skull and tail, as well as their geographical distribution.

Dugongs are peaceful and tranquil animals, they appear fat, but are extremely muscular, reaching up to 3 meters in length and weighing up to 500 kg. They are exclusively bottom feeders, primary feeding on sea grass and aquatic vegetation they uproot by digging furrows in the seafloor with their snouts.  The species’ preferred habitats include warm and shallow coastal waters, with healthy ecosystems that support large amounts of vegetation.  As mammals, they regularly surface to breath and dive to feed, explore, rest or travel. The reproductive cycle is characterized by a long gestation period of 13 months, after which the female gives birth to a single calf that receives considerable parental care until it reaches sexual maturity between ages 8 to 18.  Dugongs have a long life span of 50 years or more, but because of the long effort invested in their young, females give birth only a few times.

Today, the Dugong is the only existing species of the once more abundant family, Dugongidae. Native to Egypt, the species is threatened by the extensive coastal development of the southern Egyptian Red Sea.

There is minimal information on dugong distribution and abundance along both the African and Egyptian Red Sea. However, several locations specifically Marsa Abu Dabab, one of the most popular diving spots in the south, is home to the majority of dugong sightings in the Red Sea. The sheltered and sandy bay of Abu Dabab offers many ideal conditions as a dugong habitat, including one of the largest patches of seagrass in the region. The bay is also well known as a nesting site for sea turtles.

The delicate habitat of Marsa Abu Dabab is at considerable risk from building developments; herbicidal run-off from landscaping projects; and chemical and biological pollution from boats. Dugongs and turtles are also vulnerable to damage from passing boats and getting trapped in fishing nets. There is also considerable stress caused to these creatures by the many hundreds of divers, snorkelers and swimmers who visit the bay every day.

In January 2007, HEPCA, along with the Red Sea Governorate and the Ministry of Environment, proposed a management strategy to protect the bay and its inhabitants as articulated in the following points.

Zoning: A zoning line is secured to prevent motorized boat traffic inside the bay and moorings were removed to stop overnight stays by safari boats.

Access: The bay is accessed only from shore. The number of visitors, including snorkelers and divers is controlled. Additionally, safari and daily boats are no longer allowed to send guests inside the bay.

Enforcement: Two rangers from the Red Sea Protectorate are positioned at Marsa Abu Dabab to ensure the restrictions are upheld.

Education: HEPCA and its partners (including the resident Orca Dive Club) have launched an awareness campaign that helps to educate not only visitors to the Red Sea, but also their guides. New signs with an eye-catching design draw attention to the plight of the dugongs and turtles and encourage people not to touch them.

Research: The Initiative has been the spur to a sighting and mapping project that collects much-needed data about the resident dugong population for scientific and environmental research. 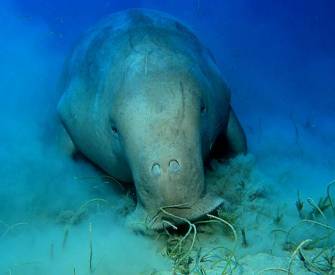